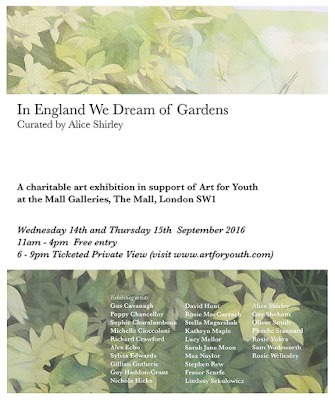 Fourteen alumni are included in the exhibition In England we Dream of Gardens which will take place at the Mall Galleries next week, curated by Alice Shirley (Drawing Year 2010). To celebrate the 300th anniversary of the birth of England's greatest gardener, Lancelot ‘Capability’ Brown, artists were invited to respond to the theme of ‘The English Garden’. The charitable art exhibition in support of Art for Youth is a ticketed event in the evening, but free to view during the day on 14th and 15th September 2016. Buy tickets here.


Click here to view the invitation, designed by Poppy Chancellor.

A selection of the works in the exhibition (from left to right): River Pasture by Max Naylor; Brown's Swynnerton, Staffordshire (1758) by Guy Shoham; Alfronse the Muscovy Duck by Kathryn Maple; Choisya (2016) by Michelle Cioccoloni. 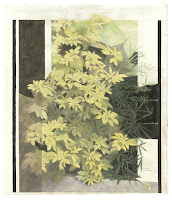