Seven RDS alumni have been shortlisted for the Sunday Times Watercolour Prize 2017. Elizabeth McCarten (DY 2013) is the recipient of Jackson’s Young Artist Award for her ethereal watercolour The Boboli Gardens. Her prize-winning watercolour was painted in Florence, shortly after a recent residency at Borgo Pignano in Italy. The other shortlisted alumni are: Alison Boult, Sophie Charalambous, Michelle Cioccoloni, Rebecca Harper, Christopher Green and Hannah Turner-Duffin. See all selected works here. The exhibition will take place at Mall Galleries in London from 19 – 24 September, before touring to a number of venues across the UK. 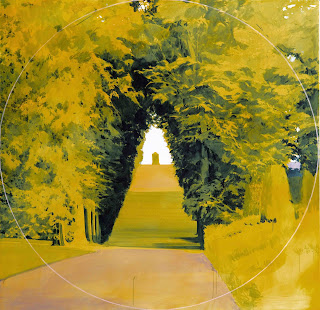 As winner of the Jonathan Vickers Fine Art Award, Eleanor Watson (DY 2016) has spent the last year exploring the life stories of a selection of influential Women in the history of Derbyshire, creating a new series of paintings which includes interiors, gardens, landscapes and still lives. Eleanor's solo exhibition, titled Dear Reader,, opens at Derby Museum and Art Gallery on 16 September and continues until 19 November. To find out more about how Eleanor developed her project during the residency, click here.

Since February Jessie Makinson (DY 2012) has been Artist in Residence at City and Guilds Art School. Her residency is coming to an end with an exhibition alongside the MA students. Jessie will be installing a screen printed wallpaper alongside paintings, drawings, ceramics and a floor cloth. The Private View is on 3 September 6-9pm at City and Guilds Art School, 124 Kennington Park Road, SE11 4DJ. The exhibition continues 14 - 17 September.

Work by Jessie Makinson and Grant Foster (DY 2006) will be shown in 'You see me like a UFO' in Ascot, Berkshire (reachable by train on the Reading line from London Waterloo). The show is open by appointment from 9 September to 7 October, details here. 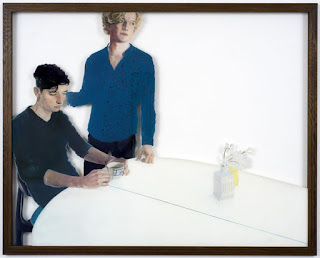 The exhibition and conclusion of Olivia Kemp (DY 2014)'s residency with Art For Guernsey opens in the Market Square Buildings at St Peter Port on 27 September and runs until 7 October 7th. It will be a display of over 40 drawings, both from her recent residency on the island and studio work. The centre piece is a large scale drawing inspired by Guernsey and commissioned for the exhibition, 'The Where That Was' (shown below).
Posted by The Alumni Programme at 8/30/2017